← more from
Astral Spirits
Get fresh music recommendations delivered to your inbox every Friday.

Parables For The Tenor 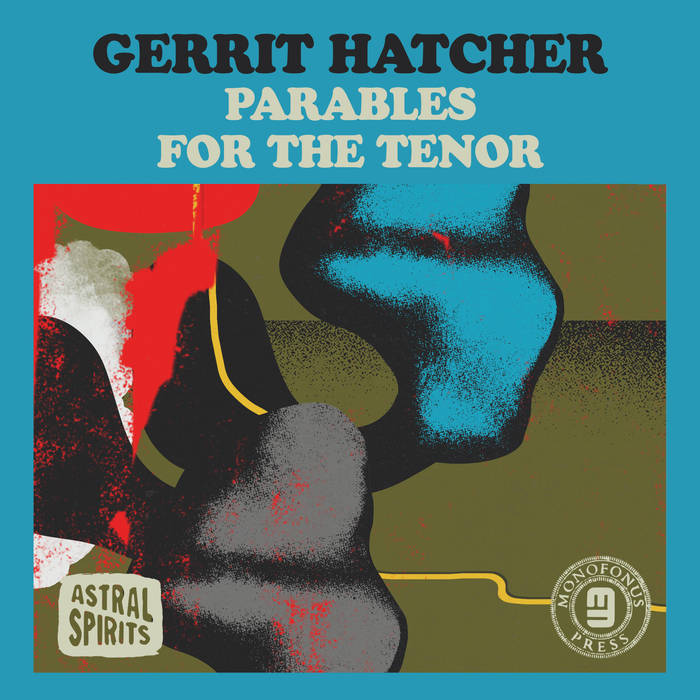 "the valley to those who water it, that it may bear fruit" - Bertolt Brecht (The Caucasian Chalk Circle)

Parables for the Tenor is my second solo saxophone album, and, though it was recorded in the studio, largely the product of having played a series of live solo shows over the past year. It is a record of my encounter with solo saxophone performance as a format that can be both charismatic and alienating in the extreme to the listener, and which can feel to the player like pure instinctual creativity, treading water, or performing a series of emotional gestures as rote instrumental tricks, depending on the moment. Any given idea that I run through my instrument here comes from that unaccountable well of personal aesthetics, influences, and beliefs that is usually best left unobstructed by precise naming, but I will say that to make art for liberation, which can be grasped as such, I believe I must include frailty (not just softness), senselessness, and even bluster alongside conviction and strength. Counting on the inevitability of both association and estrangement with my solo playing has become central to the organization of my ideas in this format. I play pieces that are meant to be followed and understood by the listener, in terms of both tone and form. I do not intend, however, to make music for the establishment of mood, or music to envelope the listener. Bill Harris helped me produce a record with a saxophone sound that is dry and close, intimate in the trickier sense, hopefully as if you were sitting next to me, with little to soften the silence when I run out of air or momentum. All of which is to say, I hope you enjoy these pieces, conscious of the difficulty of solo saxophone listening, I do believe they have something to impart. Thank you for listening to this music. Thanks to Nate Cross and to Bill for all of their help in realizing this project.

Bandcamp Daily  your guide to the world of Bandcamp